Home of the Great Migration

Perhaps the most famous park on the continent, the Serengeti is 13,200 square kilometres & home to the world-famous great wildebeest migration, a wildlife phenomenon second to none. Unknown to many, the migration of around 2.5 million wildebeest and zebra occurs year-round in Tanzania in a clock-wise circular motion covering an 800 kilometre route. With the world’s largest migrating herds enjoying the best grazing grounds, this also brings the largest concentrations of predators on the planet. The landscape of endless plains is typical of what we have come to expect on an African safari and this park does not disappoint. It gets busy due to its popularity but there are still places where one can visit without sharing with the crowds and, after almost 30 years on the ground in Tanzania, we know just those places. 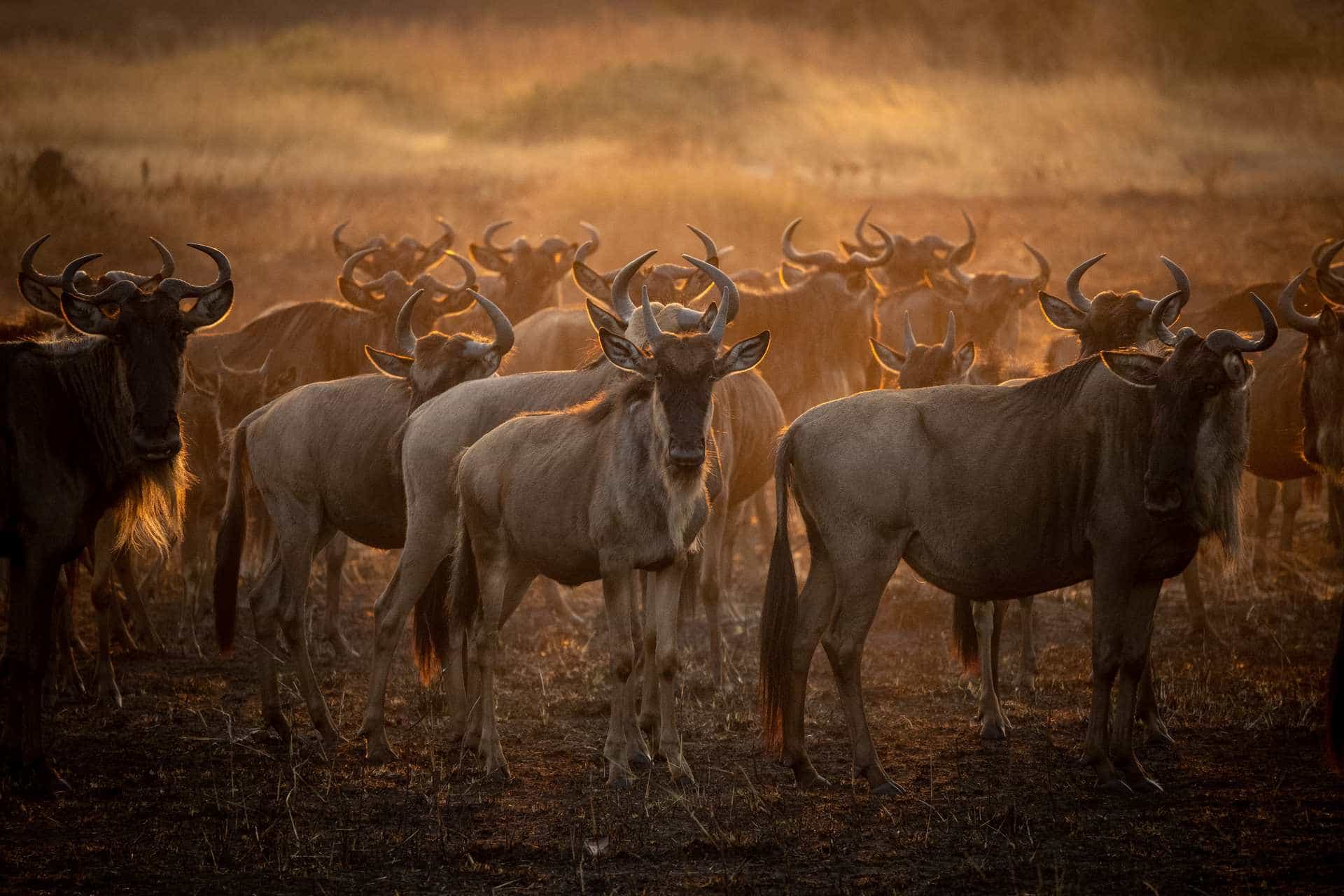 The Great wildebeest migration in the Serengeti national park 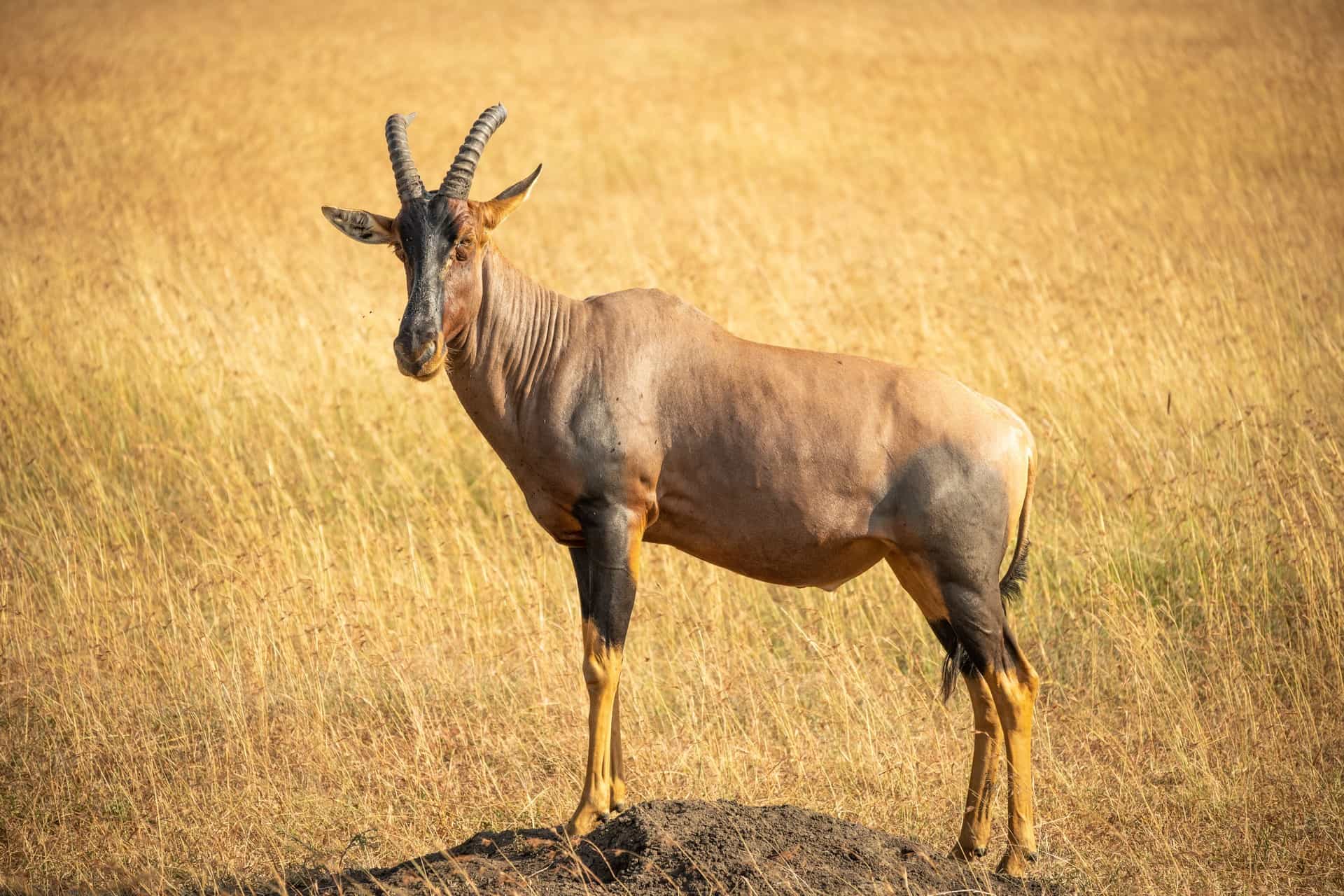 The Topi prefers a rich habitat of green grass or dry ones, as these species' fundamental food is grass. They spread extensively over the ecotones of woodlands and grasslands rich in green vegetation even in the dry season. 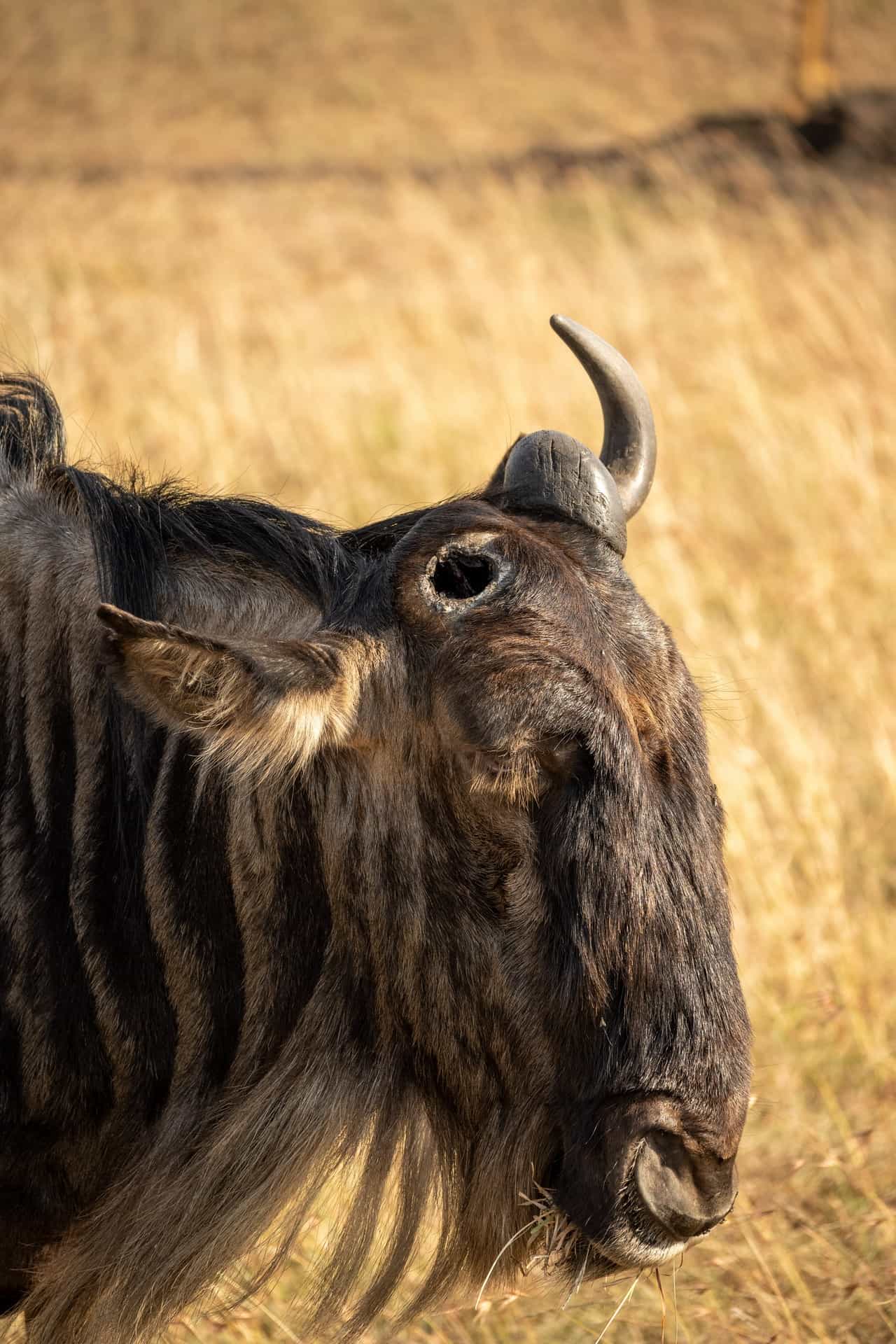 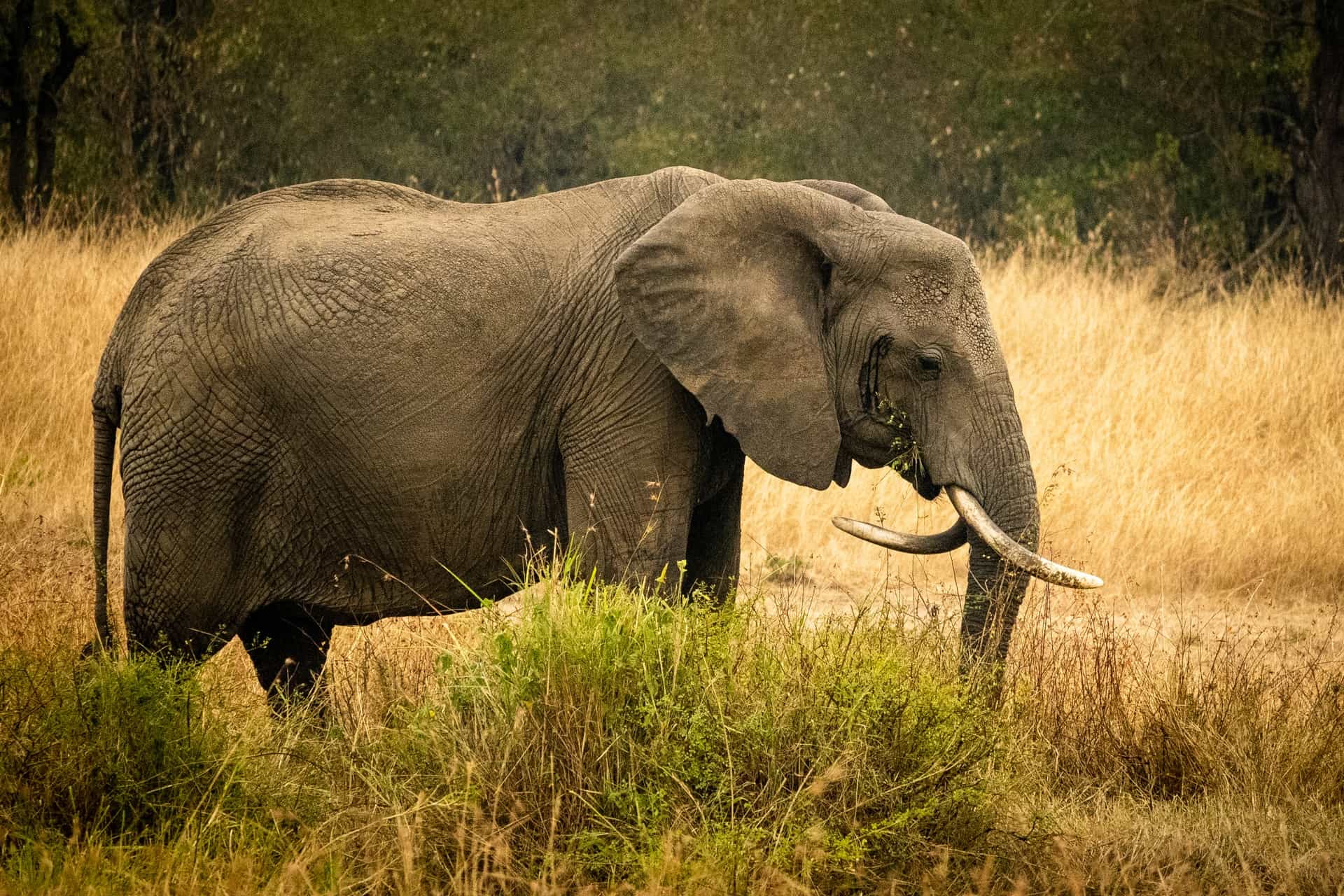 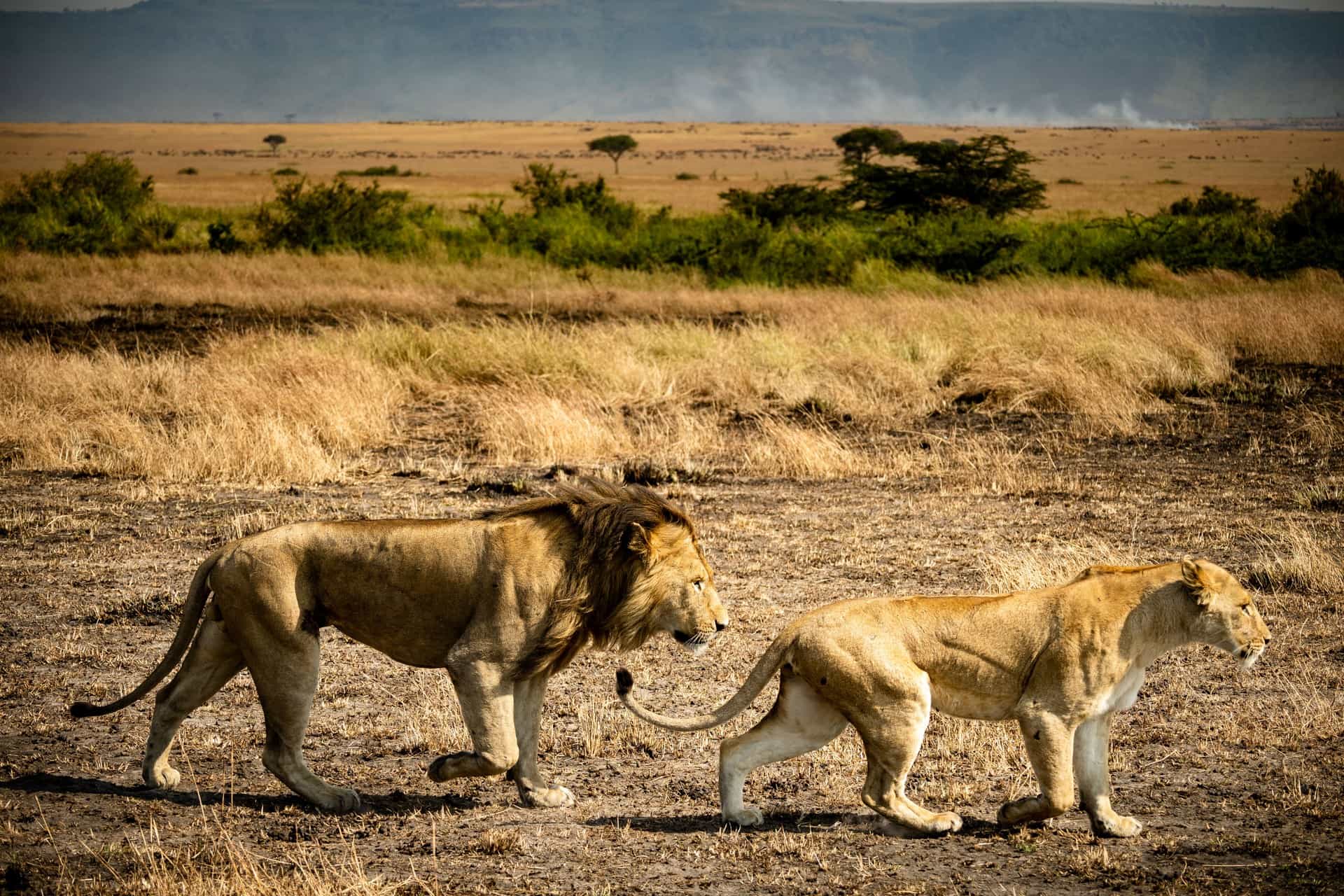 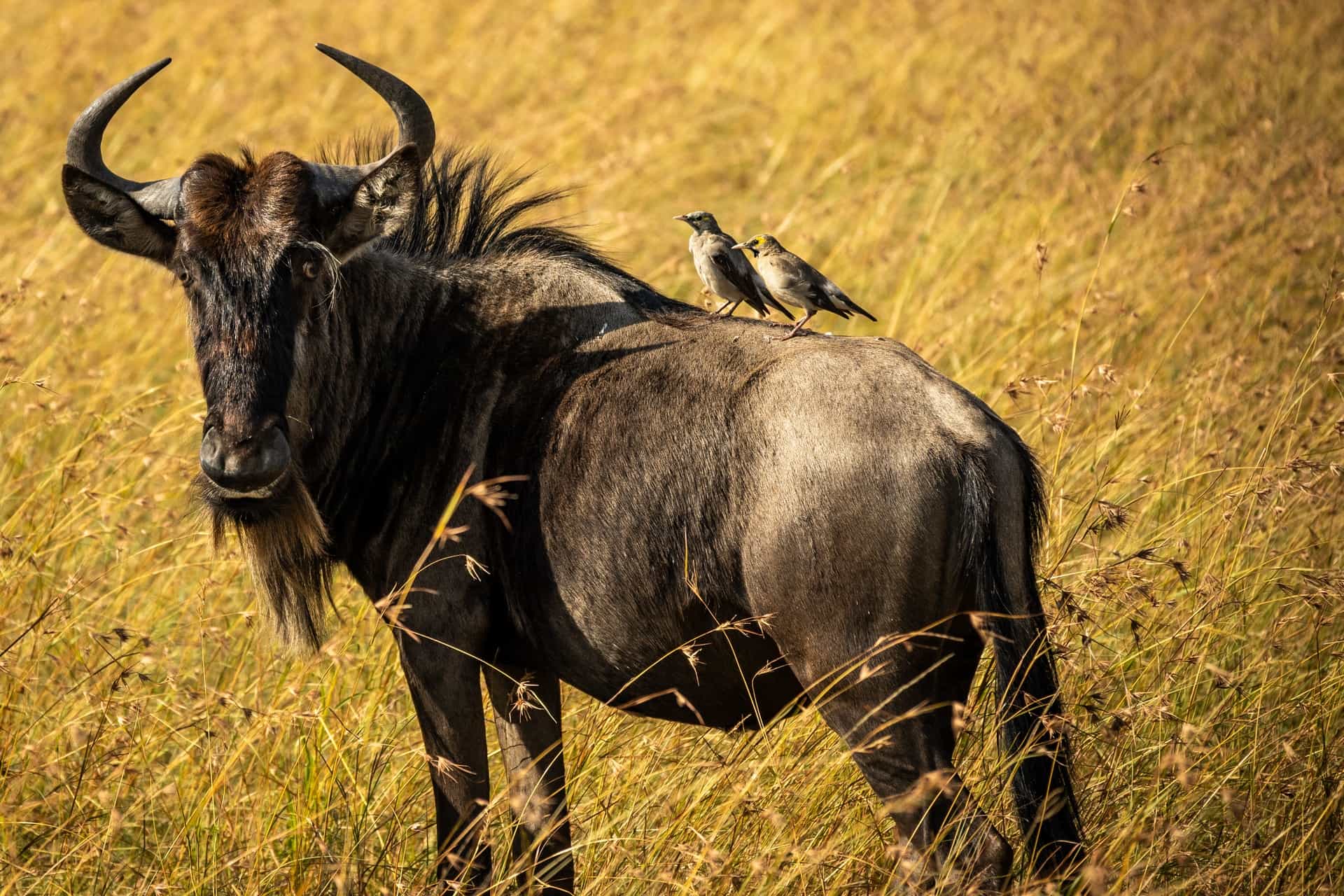 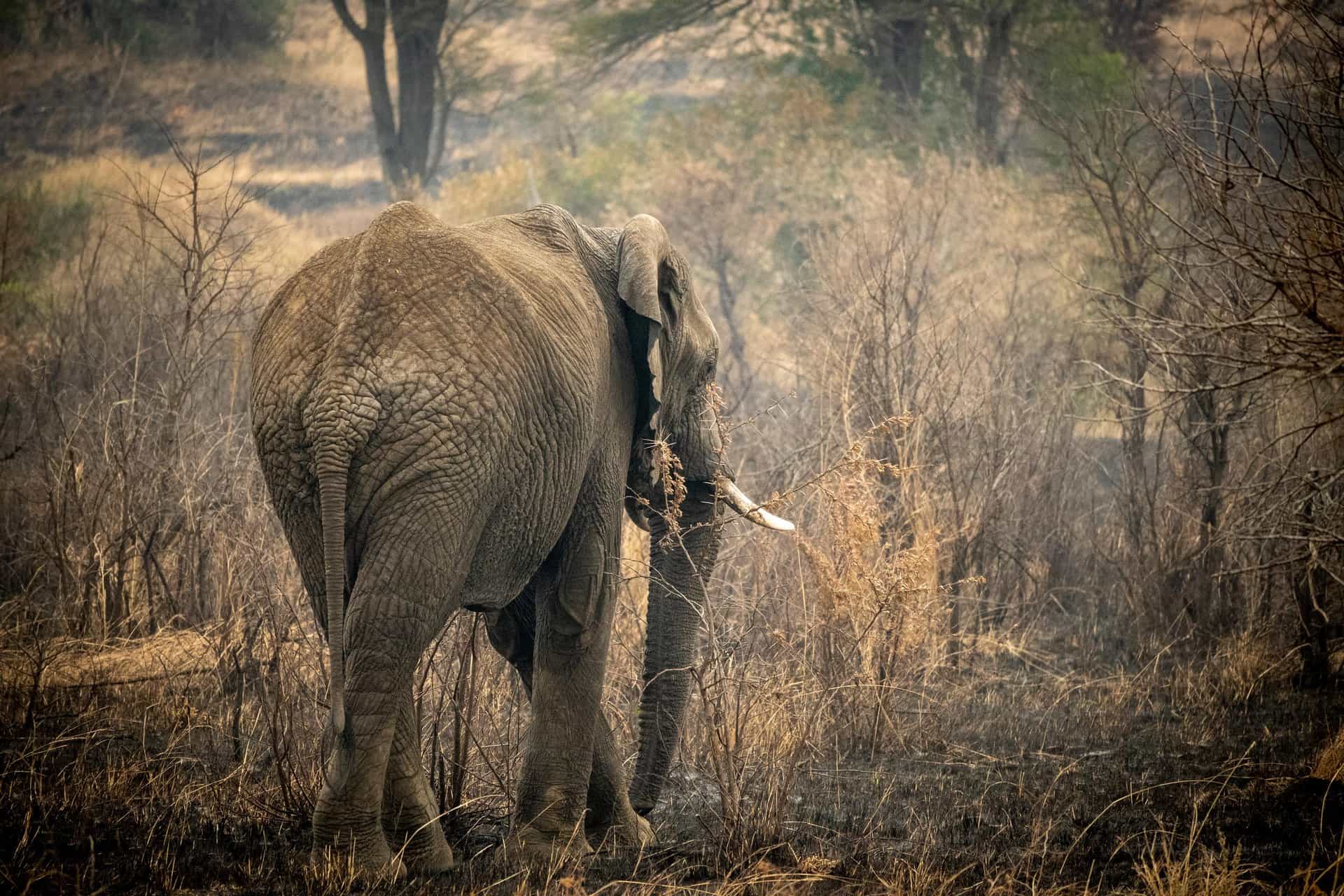 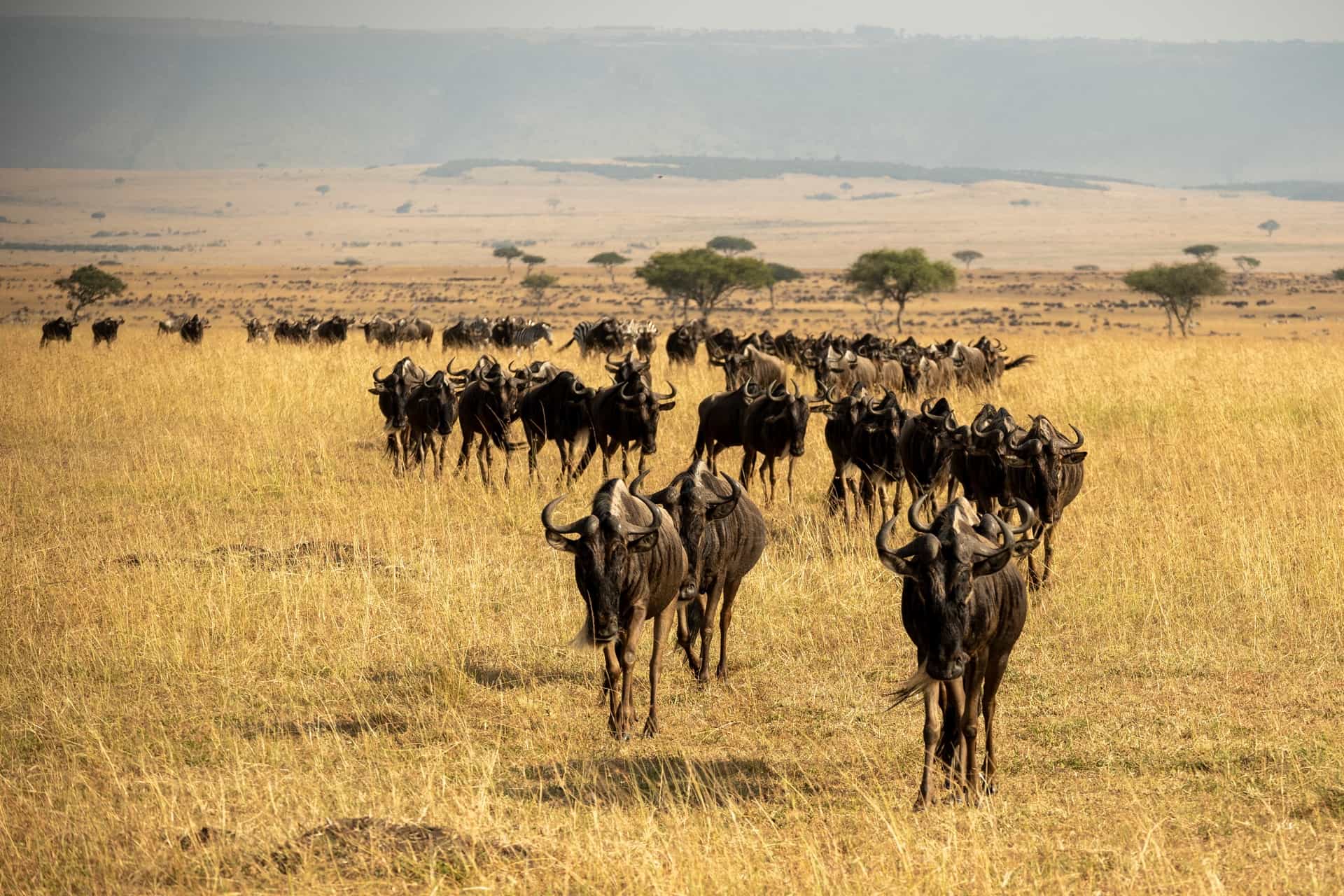 Whilst the main reason for many to visit Serengeti is for the migration, a safari away from the herds and hoards can be special too. The migration itself consists of around 2.5 million wildebeest & 300,000 zebra as well as thousands of smaller antelope like gazelle and impala all on the move together looking for the sweetest grasses. With this abundance of food roaming the plains, the predators are never far behind with approximately 4000 lion and huge numbers of cheetah, leopard and Hyena following the herds. You can also see topi, eland, hartebeest, buffalo, elephant, caracal, serval, bat-eared fox, hyrax, genet, hares, porcupine, aardvark, giraffe, jackal, mongoose, crocodile, monitor lizard, aardwolf, many kinds of primates including baboons, vervet and colobus monkeys, and over 500 species of bird. Phenomenal.

Safaris here are almost exclusively by game drive vehicle usually in stretch Toyota Landcruisers or Land Rover Defenders with pop top roofs. However, some camps have open game drive cars for shorter safaris taken from the camps which are superb for photographic safaris.If you are looking to treat yourself, you might opt to do a balloon safari over the Serengeti plains as part of your tour.

The calving season, when the vast herds of wildebeest and zebra are in the South-East of the Serengeti eco-system and when they drop their young. The number of predators is amazing, with hyenas seemingly in every ditch, lion prides attracted by the sheer quantity of food and cheetah hunting the calves.

The migration moves into the Western Corridor swelling the already prolific wildlife around the Grumeti river. Crossings of the river can end in mass drownings, similarly to the Mara river, and predators are densely distributed.

The Mara river crossings which occur throughout this period are often spectacular. The wildebeest pour over the ground either side of the river and often hurl themselves into the water in vast numbers. A great many drown under the weight of the frenzied stampede, and the giant crocodiles of the area awaken for their annual feast.

How to get to Serengeti

There are daily schedule flights from Arusha into the Serengeti. Alternatively, you can be met by a game drive car and driver guide at Mwanza airport or Kilimanjaro airport and your tour can start here. If you are flying in and out of Dar es Salaam, that works too as you can simply connect to a flight north to Mwanza and be met there to start your tour.