A Tent with a View started its life in 1995 in Cambridge when friends David (Babs) Guthrie & Masoud (Masa) Kilanga together with Americans Tom Frasier & Jack White signed up to start their own mobile safari company in Tanzania. David & Masa had met as safari guides in the vast Selous Game Reserve in 1990 and dreamed of one day doing things their way. 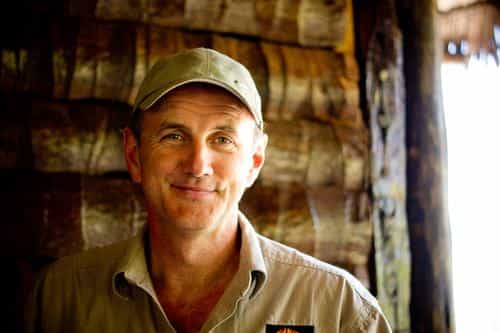 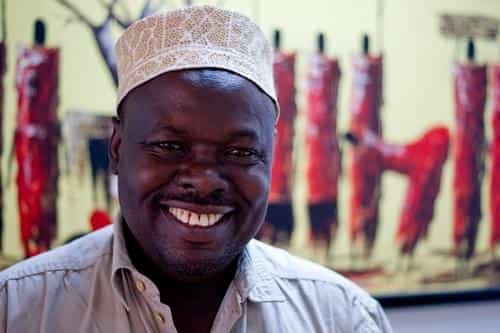 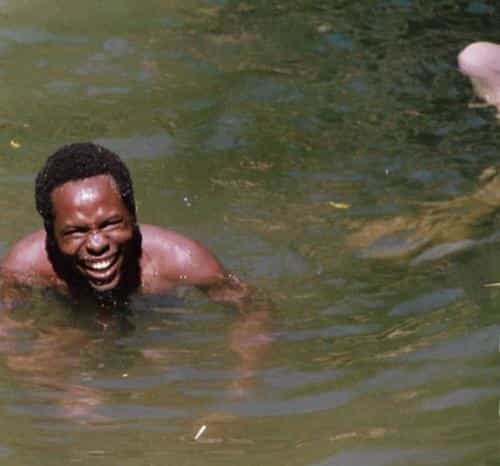 Jack & Tom arrived as guests in Selous in 1993 as part of a wider Tanzania safari. They were guided by David & Masa. Jack and Tom were impressed by their combined knowledge of Selous and the parks of Tanzania. This, as well as a dream to have their own safari camps in Tanzania led them to hatch a plan. A Tent With A View was born, named after friend Robert Vavra’s beautiful photography book of the same name. Life began with a mobile safari operation and quickly moved on to having an embryonic camp in Saadani National Park where the Tent with A View team were the very first people to operate back in late 1995. Saadani at that time was unloved but the setting was unique as the only coastal wildlife park in East Africa. The unique combination of wild bush & beach offered something different completely off the beaten track. 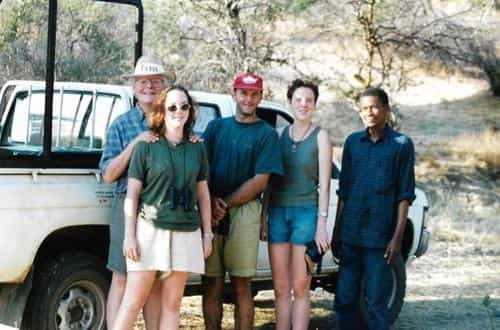 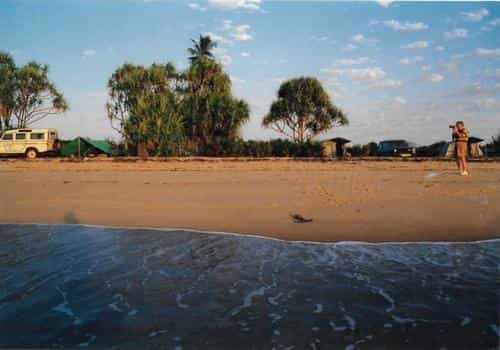 Uncle Tom playing with his latest state of the art gadget at the first embryonic Saadani Camp on Day 1, 1995

A few years down the line, Sable Mountain Lodge opened it’s doors in Selous Game Reserve for the millennium in December 1999. The Zanzibari boutique hotel opened in July 2009 and this completed the southern circuit of Selous, Saadani, Zanzibar with small and intimate camps off the beaten track. Back then there were just 7 camps in the great Selous Game Reserve. A reserve the size of Switzerland, this park offered game drives all day without meeting another human soul.

Giving Back to Tanzania

A Tent With A View were one of the first to provide solar power in their safari camps and worked tirelessly for health and conservation in their “Putting Something Back” programme. This evolved in 2010 and 2011 on to a huge involvement in anti-poaching and elephant conservation in Tanzania with the collaring of elephants in Saadani with the help of funding from US Aid & A Tent With A View as well as the Tanzania National Parks Authority (TANAPA) led by the late Dr Alfred Kikoti, the number one elephant specialist in Tanzania.

Before and since then, we started a simple medical training programme in the village of Mkwaja in Saadani & Kisaki in Selous with final year student doctors from Southampton Medical school who also raised funding for supplies in each village. We then evolved onto working with the “Bridge 2 Aid” NGO, whereby qualified UK dentists and dental nurses would volunteer to train Tanzanian personnel in tooth extraction, a huge killer in rural villages in Tanzania.

Following a tough few years around the coronavirus pandemic where funds for projects were scarce, we are now able during 2022 to focus our efforts on our SDG (Sustainable Global Goals) initiative which, with the backing of the UN we can work with the Cumbria Eco-Forum to educate children in both the UK and Tanzania in worthy projects to save our planet with a particular focus in Tanzania on wildlife.

Meanwhile, David and Masa were developing an idea of a working Land Rover which would open up like a butterfly into stunning accommodation complete with 14 x 16ft bedroom raised up several metres above the roof of the vehicle, completely solar powered with flush loo and even a bath tub in the back! The Bush Rover suites were born in January 2017 and formed the Bush Rover migration camps set in 3 private and stunning locations throughout the Serengeti National Park, always in the heart of the great wildebeest migration but away from the crowds. The base for the Bush Rover suites is Little Okavanago Camp, a small 6 room base camp in one of the best sites for birding in the country and located a stone’s throw from the western Ndabaka gate of the Serengeti on the edge of the floodlands of famous Lake Victoria. 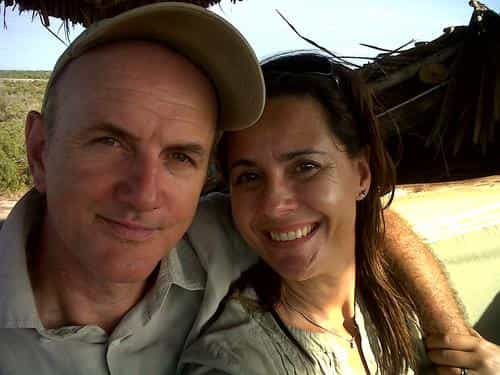 David & Masa are at the centre of the Tanzania Safari operation today. Whilst Masa lives in Tanzania, these days David splits his year between Tanzania and at home in the UK where his wife Tara and daughter Lili are based. David and Masa continue to be the driving force of the operation. 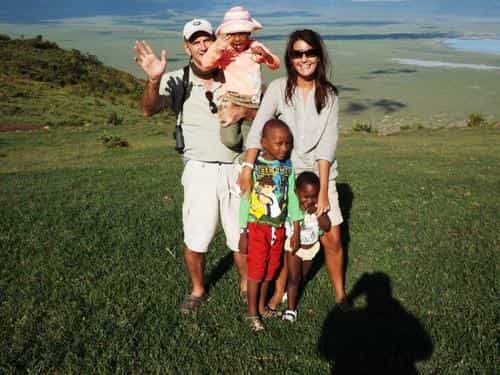 All Tent With A View’s managers are Tanzanian. Some have worked their way up through the company. An example is Johnny Giles who heads up Simply Saadani & Babs’ Camps in Saadani National Park. Mbasha, now one of the company’s most experienced tour leaders started life with Tent With A View as one of the builders of Sable Mountain Lodge. Praygod Mamuya leads the team at Little Okavango Camp, whilst Rehema (Rey) and Fabiola lead the sales team. Rey has a dual role in accounts too with an aim to one day becoming the FD. Nzori & Modest share the management roles at The Zanzibari boutique hotel assisted by Helen who is one of our graduate trainee managers. The team is led by the general management of Mrisho Kilanga, Masa’s brother. Loveness and Nelson look after logistics out of the Dar es Salaam office. Over in the UK, Tara looks after marketing, supervises the Dar sales team and is responsible for all company legal work and health & safety having taken a year off from corporate law in 2009. She never quite made it back! Recent members of the team include Johnny Johnson and Jo-emma Larvin. Johnny shares the responsibility with David and Masa for strategic planning and looks after the larger accounts whilst Jo-Em is responsible for social media and digital marketing and is a keen amateur photographer taking some super shots when she is out and about on safari.

A Tent With A View provides safaris with innovation and integrity with its people at the very heart of our success.